Why I Return To the World Domination Summit Every Year

A week before the World Domination Summit, an annual event that brings together a mix of world travelers, entrepreneurs and renegades to Portland for a weekend of inspiration and connection, I learned that yet another member of my crew wouldn’t be returning for the event.

This was the fifth or sixth such disappointment. One of the reasons I always go back to WDS is to see the friends who live all over the globe. Without my nearest and dearest, why even bother?

I wasn’t sure it was going to be worth the investment, but I’d decided to bring Maggie so I could introduce her around, and it was to be her first WDS experience. I figured that even if I didn’t get a lot out of it, in my fourth year, she should have a blast.

So we got on the plane.

Fast forward 4 days to the moment I pre-ordered our tickets for WDS 2015.

So why do I keep attending the same conference year-after-year?

1. The speakers’ stories keep me focused on the purpose of my agency.

Nine years ago, I worked on a contentious regulatory issue in the state of Illinois. As both a media pro and speechwriter, my words were shared in newspapers, on the radio, on TV news broadcasts and in speeches that reached thousands of people across the state.

Sounds like a dream for a PR pro, right? But I worried I was on the wrong side of the issue. After all, the governor and consumer groups were against us. Nonetheless, the argument our client made was solid, so I got the job done. I defended my former agency’s client in my personal life as well as through the media.

Until one day, the client admitted they’d lied to the PR team.

…and we were winning the regulatory battle.

I was shattered. Within a month, I had a new job, far away from legislative and regulatory issues. Even though my job was still in media relations, I didn’t watch the news for 2 years. I couldn’t bear to think of how my press releases were read by newscasters or printed up as stories in The Chicago Tribune.

All my life, I’d been a political junkie. That part of my life was over.

…Until I started reading Chris Guillebeau’s blog, and others like it.

Here were people impacting social change, and more amazingly, not expressing an ounce of cynicism that they could make a difference.

When the tickets for the inaugural World Domination Summit went on sale back in 2011, I purchased mine immediately. 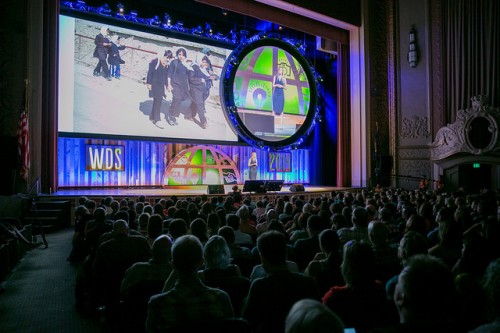 “The biggest barrier to change is apathy.” @sgalpin

Sitting in the audience, I felt a stirring of hope, a feeling that I could use my superpowers for good. I could get back in the game, this time working with people on the right side of the issues.

I go back to the World Domination Summit every year to feed that feeling.

2. When you find your community, make time for them.

After just one day in Portland, I realized that my main crew not attending was a gift.

A criticism of WDS, and every conference really, is that the community very quickly siphons into cliques. It can feel like all the cool kids are hanging out without you, especially when you see certain people walking around with speakers or your favorite bloggers.

But what’s really happening is that people who haven’t seen each other all year are simply making time for their best friends. It’s not malicious, and I’d argue this tendency is not inherently negative.

I’ve now been on both sides of this fence. In my first year, I didn’t know many people, and in my second and third, I bonded with my crew. In a small but significant way, I’d lost the very openness to connection that made my first WDS experience such an overwhelmingly positive experience.

This fourth time, I was in the best position of all, where I knew a bunch of great folks AND I was receptive to new connection.

At a conference like WDS, you never know who you might connect with. A future business partner. A client. A fast friend you’ll invite over for Thanksgiving next year. Someone you’ve collaborated with for the past year but never actually met in person.

I’ve been in each of these positions over the years, but only because I’ve made meeting my Internet friends and collaborators and clients a priority.

I don’t only attend WDS to get fired up and spend time with friends. I go to network.

Because I have a business purpose for attending conferences, it follows that I’d follow the first rule of marketing. 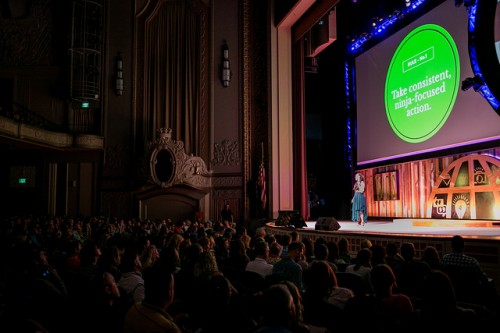 Anyone who does trade shows knows how important this is. In your first year, buyers might not put down an order, because they’re not quite sure you’re going to be around in 12 months. Media might glance at your product, but they don’t stop for a conversation.

But in your second year, and your third and your fourth, you get recognized by the very people you once idolized.

This year, I brought Maggie. Because she’s new to the community of world-changers and rabble-rousers that attend WDS each year, I wasn’t sure how she’d experience the event. If she pressed for the reason I was spending all this money to get both of us to the conference, I didn’t have a strong answer.

But I knew I wanted Maggie to experience firsthand the event that launched my own entrepreneurial journey. 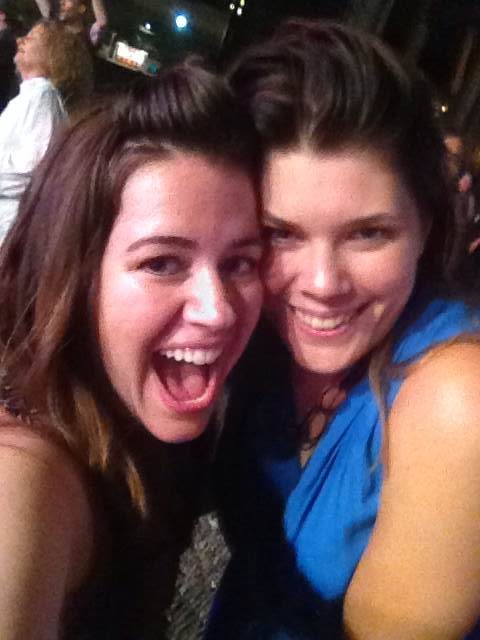 Obviously, Maggie and I had a great time.

I’m not certain mentoring is the right word for it, but returning puts you in the unique position of being in the know. You can make introductions, help a newcomer decide on the right pacing (do you skip a session for a quick nap or push through and head to lunch with new friends?), and choose to be a friendly and helpful face in the crowd.

This year, I took that role seriously. When I attended in 2011, I only knew a few people, but one of them introduced me to Leo Babauta, which directly led to this post on Zen Habits. I still get daily traffic from this 3-year old blog post.

I paid that debt forward, time and time again. When I met someone new, I often asked point blank, “Who would you most like to meet?” With 2,000 people in attendance, I certainly didn’t know everybody, or even a third of everybody, but I’d been attending long enough to have friendly relationships with quite a few of the “big names” (aka totally down-to-earth people who happened to have a big following).

I  delighted in the fact that I was able to make a few of those introductions.

As Chris says, we all get to be ambassadors at WDS.

Success in business isn’t making 6 or 7 figures (why not more?!); it’s being a good steward of your community. @brigittelyons

Look, it doesn’t matter if the World Domination Summit is your thing.

When it comes to relationship-building and growing your business, it’s important to find and nurture your community of peers and potentials.

And even in an environment where it’s easy to forge a bond on Instagram, relationships are best nurtured on the ground.

Like any investment, you get the greatest return when you tend and nurture your peers and prospects. 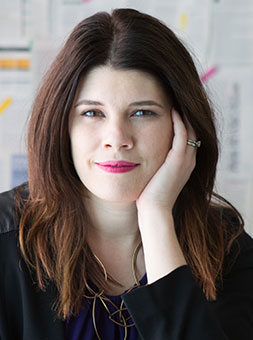 Brigitte Lyons is a PR and marketing consultant who helps creative entrepreneurs and small businesses hone their message and get known. Read more.

Get expert advice on topics like “how to leverage your press” and “the key to creating a media plan you’ll actually stick to.”